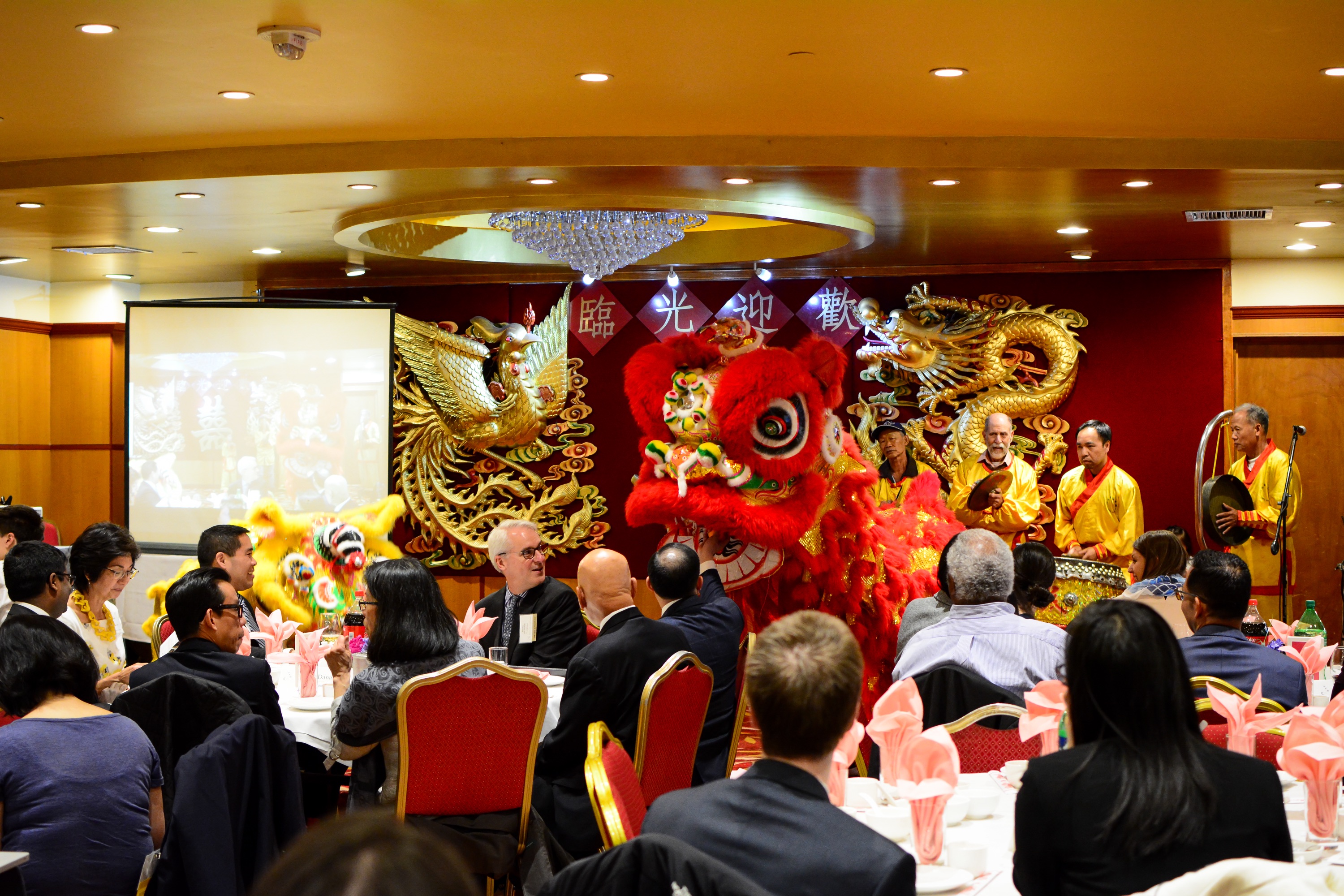 Thank you for joining us at our 34th Anniversary Banquet on Thursday, April 12, 2018, beginning at 6:00 pm at Hei La Moon Restaurant in Boston’s Chinatown (88 Beach Street, Boston, Massachusetts).

The AALAM Banquet is the hallmark event of our year and provides an opportunity for AALAM members, together with friends and supporters of AALAM, to celebrate our many 2017-2018 accomplishments and activities. if you're looking for the photos from last year's banquet, please scroll to the bottom of the page.

We will also introduce the newest members of our board of directors: Alyce Chen, Jeff Clark, Garrett Lee and Elysa Wan and our 2018 officers:

During the festivities, AALAM will present its Founders Award, AALAM’s highest honor, which is awarded annually to an Asian American attorney who has made significant contributions in business, academics or the community as it relates to the law.  This year AALAM will be awarding its Founders Award to Judge Theodore Chuang of the U.S. District Court, District of Maryland.

Judge Chuang has made many contributions to the law and the Asian American legal community, including having served as a past president of AALAM when he practiced in Massachusetts, and most recently, served as presiding judge over International Refugee Assistance Project et al. v. Donald Trump which requested an injunction against the President’s third travel ban.

Judge Chuang was nominated by President Obama on September 25, 2013 to serve as a United States District Judge for the District of Maryland and received his commission on May 2, 2014. Prior to his appointment, Judge Chuang served as Deputy General Counsel of the U.S. Department of Homeland Security (DHS) from 2011 to 2014 and as Associate General Counsel of DHS from 2009 to 2011. In 2009, he served as Chief Investigative Counsel for the U.S. House of Representatives, Committee on Energy and Commerce. From 2007 to 2009, he served as Deputy Chief Investigative Counsel for the House Committee on Oversight and Government Reform. From 2004 to 2007, Judge Chuang was in private practice in Washington, D.C. at Wilmer Cutler Pickering Hale and Dorr, LLP.

Thank you to our sponsors: